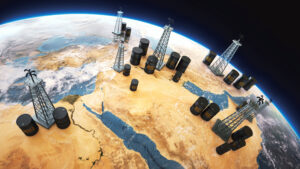 Saudi Arabia has been a U.S. ally for a long time. Not a very good one though.

None of America’s previous 21st century leaders were really willing to do anything significant about that (with the notable exception of Barack Obama, under whose watch Osama bin Laden was killed by U.S. forces). Given the reticence of the U.S. to punish the right country for contributing to the 9/11 attacks, it’s probably not all that surprising that Saudi Arabia felt enabled to continue to do whatever it wanted.

Saudi Arabia remains a closed-off Islamic country. Children who grow up attending Saudi schools and mosques are exposed to religious fundamentalism, extremist messaging, and the glorification of violence. Women in the country are barely treated better than livestock. And, lest we forget, in 2018, on orders from the highest levels, a bunch of Saudi thugs murdered and chopped up a journalist whose only crime was criticizing the Saudi regime.

To be fair, the United States is no picnic on a lot of that stuff either. Other developed countries are horrified by our levels of anti-science religious zealotry, our apparent indifference to women’s rights, and our constant mass shootings. Still, comparing the U.S. to Saudi Arabia is a bit like comparing apples to whatever kind of fruit dismembers journalists and won’t let women go anywhere without a male escort.

So, why are we such close allies with the authoritarian human rights nightmare that is Saudi Arabia? Well, even the official U.S. State Department website recognizes that it’s ultimately about Saudi Arabia holding the world’s second-largest oil reserves.

The idea here is that America provides Saudi Arabia with military protection, and in return, Saudi Arabia is supposed to provide the U.S. with a reliable oil supply. There is a lot more nuance to the relationship than that, of course. Yet, the really boiled-down version is defense for oil.

The word “reliable” does a lot of heavy lifting on the oil side of that equation. Now Saudi Arabia might have finally pushed America’s patience too far.

Ignoring high gas prices in the U.S., and intense opposition from the Biden administration, Saudi Arabia recently announced deep oil output cuts. Not only was Saudi Arabia determined to cut its own oil production, the Persian Gulf nation was also reportedly pressuring other oil-producing states to sign on to oil production cuts they were unenthusiastic about.

While the Saudis claimed to have legitimate business reasons for the cuts, U.S. officials saw this as a snub following President Joe Biden’s recent visit to the kingdom and as a transparent attempt to support Russia in its unjustified war against Ukraine (Russia produces the second-most oil in the world, meaning that a further rise in oil prices will help prop up its failing war effort). Biden himself is fuming, and has promised that there will be “consequences” for Saudi Arabia over the new oil production cuts. Hey, you’d think maybe the consequences for Saudi Arabia would have come after 9/11 or when they butchered Jamal Khashoggi, but better late than never, I suppose.

Although Biden is somewhat limited in what he can actually do to the Saudis, the big move on the table is to rebalance the defense-for-reliable-oil equation. According to a new study from the Government Accountability Office, between fiscal years 2015 and 2021 the Department of Defense administered a combined total of $54.6 billion worth of military support to Saudi Arabia and the United Arab Emirates.

Saudi Arabia is also the largest single customer of American foreign military sales, with the kingdom obtaining more than 70% of its arms from the United States. There are currently more than $100 billion in active contracts, according to the Defense Department.

At those levels of spending, we are not just talking about impacts to government workers. Cutting back on the U.S.-Saudi defense relationship would cost private defense contractors a huge number of jobs.

However, at some point, we have to reassess what the United States is actually getting out of this relationship. If it’s only the proceeds of arms sales, spiced with a few hollow promises of cooperation, then the extensive American entanglement with Saudi Arabia is costing us far more than it is worth.

Jonathan Wolf is a civil litigator and author of Your Debt-Free JD (affiliate link). He has taught legal writing, written for a wide variety of publications, and made it both his business and his pleasure to be financially and scientifically literate. Any views he expresses are probably pure gold, but are nonetheless solely his own and should not be attributed to any organization with which he is affiliated. He wouldn’t want to share the credit anyway. He can be reached at jon_wolf@hotmail.com.