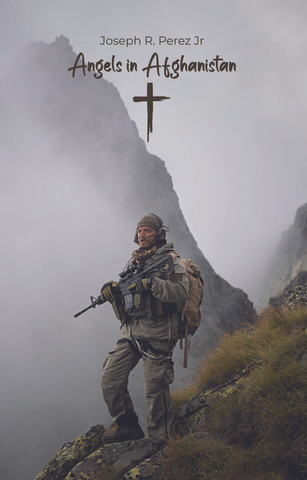 Angels in Afghanistan, a new book by Joseph R. Perez Jr., has been released by Dorrance Publishing Co., Inc.

During his first deployment to Afghanistan, Joseph Perez saw two angels above a friend who was about to go on a combat patrol. Moments later, his friend was struck by an Improvised Explosive Device. This was the first of several times Perez would see angels in the spiritual realm. Though he shares these experiences and his life’s journey, this book is not about him; rather, it is a message of hope and faith.

Perez’s story shows that it’s okay to be a Christian no matter the circumstances. He always said if he got kicked out of the military for being open about his faith, then at least he would leave for the right reasons. It turns out it was faith and following God that got him through it.

Joseph R. Perez Jr. is a captain in the Army Reserves out of Denver, Colorado. He is a doctoral candidate studying at Liberty University with an interest in holding political office one day. In his free time, he loves anything outdoors, especially being in the mountains. For Joseph, faith is most important in his life.

Angels in Afghanistan is a 74-page paperback with a retail price of $11.00 (eBook $6.00). The ISBN is 978-1-6393-7164-8. It was published by Dorrance Publishing Co., Inc of Pittsburgh, Pennsylvania. For members of the press, to request a review copy, visit our virtual pressroom at https://dorrancepressroom.com/angels-in-afghanistan/ or to buy the book visit our online bookstore at https://bookstore.dorrancepublishing.com/angels-in-afghanistan/