When oil sells, it is priced per barrel, and when it burns, its energy output is measured in “barrel-of-oil equivalents”. The world of oil is a world of barrels.

So why do people still talk about barrels when they talk about oil? Because the oil barrel became a concept rather than a physical thing. 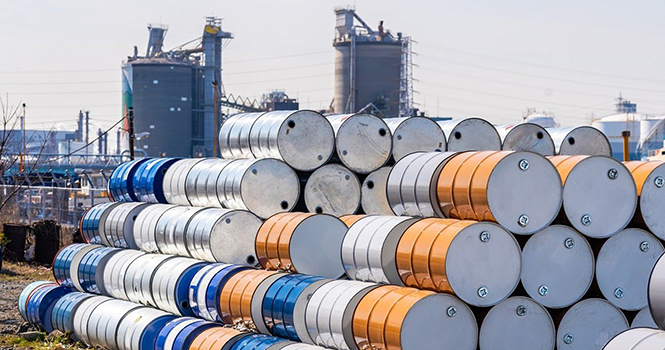 When the first Pennsylvania wells began gushing in the late 1850s, prospectors scrambled to catch the erupting crude. Any container would do—whiskey or ale jugs, salt or turpentine vats. The best option was an old one: the casks still used today to age wines and whiskies. They dated to the Romans and Celts, who designed them to replace clay pots for moving wine and olive oil. In the first Pennsylvania oil fields, demand for those barrels rose so quickly that at times their price exceeded the value of oil itself.

The first oil barrels held between 31.5 and 45 gallons, but Pennsylvania producers settled on a common standard by the late 1860s. They based their new system on another old-world model. In 1482, King Edward IV had moved to eliminate shady dealing in the English herring industry by imposing a 42-gallon standard on shipping containers.

To cut prices, Standard cut trees, and acres of oaks became stacks of barrels. By the 20th century, Standard had developed steel containers that eliminated the need for trees (and Rockefeller made another fortune selling iron ore to steel plants). But the basic problems remained: The barrels were still hard to move, and Standard’s mass-produced steel ones had worse seals, meaning more leaks.

In 1865, the first commercial line ran five miles from Pithole City, Pennsylvania, to the railroad terminal in Oil Creek.

In 1881, Standard connected the Pennsylvania oil fields to New York City, and over the next decade it created similar lines to link fields in Ohio with refineries in Chicago.

The barrels finally changed in 1905, when Nellie Bly patented the steel drum still used today. Bly designed her barrels to carry more oil, 55 gallons, and to leak less. Her invention also caused the barrel’s meaning to separate from its physical reality. Despite adoption of the new, larger barrels, the old 42-gallon quantity remained the industry unit of measure for a “barrel”—as it still does.

The barrels people used to hold oil were no longer the barrels they used to talk about it. A barrel became a quantity of oil futures sold, or crude spilled, or latent energy stored.