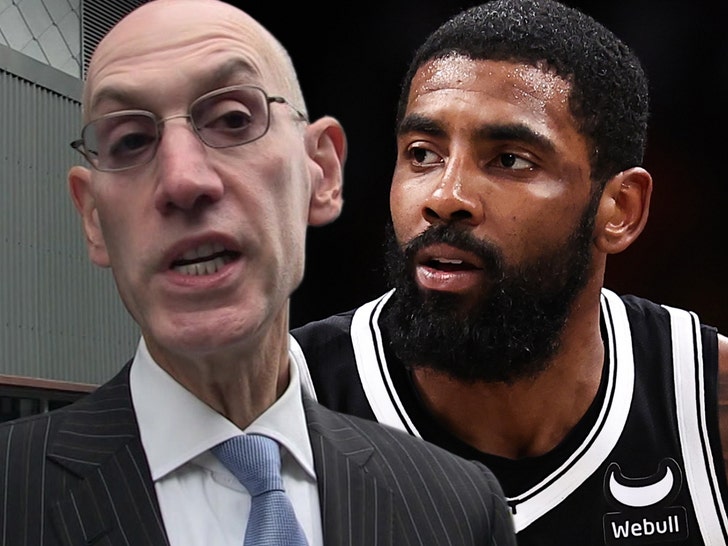 Kyrie Irving reportedly had a “productive and understanding visit” with NBA commissioner Adam Silver on Tuesday.

The report comes just 5 days after the All-Star guard was suspended at least 5 games for failing to adequately apologize for sharing a film containing antisemitic beliefs on Twitter.

Silver was furious with Irving after several opportunities to denounce antisemitism and the contents of the film … saying he would be meeting him in person to address the matter.

“While we appreciate the fact that he agreed to work with the Brooklyn Nets and the Anti-Defamation League to combat antisemitism and other forms of discrimination, I am disappointed that he has not offered an unqualified apology and more specifically denounced the vile and harmful content contained in the film he chose to publicize,” Silver said at the time.

Two days after posting a link to an antisemitic film (that’s still up), here’s Kyrie Irving:

– Claiming that posting a link to something isn’t promoting it 🤔

– Accusing a journalist of “dehumanizing” him by simply asking about itpic.twitter.com/qGdDVO7awA

According to Shams Charania, the meeting went down earlier today … and the report states it went well for both sides.

The report says the conversation is “paving the way” for the Nets and Irving to move forward … which could potentially mean his return to the court once the 5-game punishment is up later this week.