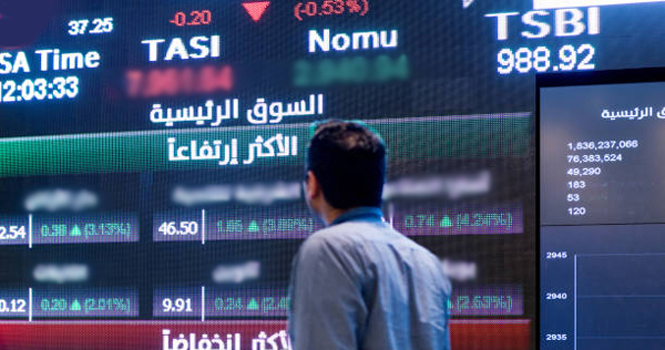 Non-founding foreign financiers’ ownership recently was the greatest in 20 months given that Saudi Aramco’s share listing.

GCC financiers’ ownership in the Saudi market stayed the same at 0.51%, or SAR 50.1 billion, in the week ending Sept. 2, compared to the week previously.

Foreign financiers’ ownership, consisting of tactical partners, increased by 0.01%to 2.98%, or SAR 292.9 billion, for the week.

Founding foreign financiers represented 0.54%, or SAR 53.8 billion, of the overall foreign ownership in the Saudi market for the week ending Sept. 2.