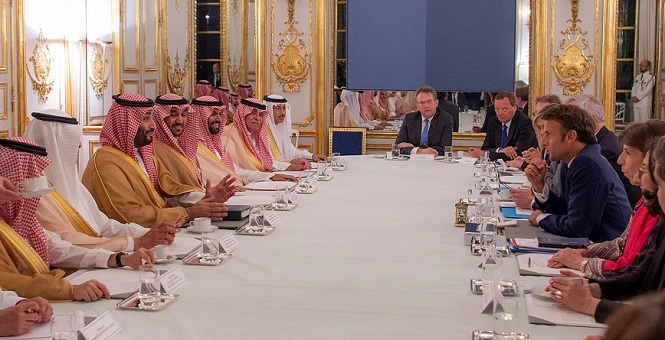 Macron and the Saudi Crown Prince also discussed the importance of stabilizing global energy markets and supplies of wheat and grains.

The Crown Prince arrived, on July 28, at Elysee Palace in France, on an official visit that comes as part of his tour to Europe, according to data available with Argaam.