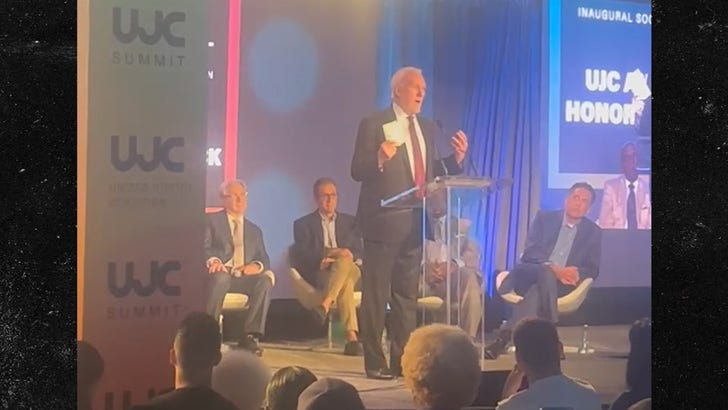 Gregg Popovich gave a speech at Jay-Z‘s social justice summit this weekend — once again making his positions on the issue crystal clear in a rousing speech.

The Spurs coach was in NYC Saturday, where Roc Nation was hosting the event and honoring attorney Barry Scheck with an award for his work on the Innocence Project … which helps exonerate wrongly-convicted people in the country.

Watch Pop’s address here … he sounds as passionate as he usually does when talking about this sort of thing. He talks about what he sees as the state of America and its persistent racism — something he says he knew always existed, but never to the extent that’s been revealed through RN’s or Scheck’s advocacy.

He goes on to praise the Innocence Project for the number of individuals they’ve been able to get out of prison — upwards of 375, he says — which got a round of applause.

It’s an important matter, and it’s cool to see GP so fired up about it. You can tell this stuff is top of mind for him these days — that is, when he’s not in the middle of a game.